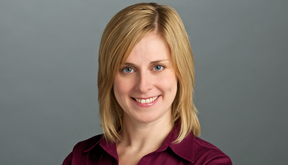 Lynne Skromeda is the Executive Director of the Winnipeg Folk Festival where she oversees both the four-day summer festival and its year-round initiatives. She is a graduate of the Asper School of Business at the University of Manitoba with specialization in Marketing and Small Business Management.

Prior to joining the Festival in 2012, Lynne spent over 13 years in the film & TV industry, largely at Frantic Films, where she produced over 150 hours of original award-winning film & television programming. She was also responsible for overseeing the production company’s business affairs and managing the international distribution of nearly 600 hours of television programming.

A passionate supporter of her community, Lynne has spent time volunteering on the boards of the Festivals and Major Events (FAME) Canada, West End Cultural Centre, On Screen Manitoba, the Plug In Institute of Contemporary Art and TEDxWinnipeg as well as Manitoba’s Premier’s Economic Advisory Council. She is currently on the boards of Manitobans for the Arts and the Green Action Centre in Winnipeg.