Election 2019 is in the books. As of early Tuesday morning, the Liberal Party will hold 157 seats in the House of Commons, the Conservative Party 121, the Bloc Québécois 32, the NDP 24, and the Green Party 3, alongside one Independent MP.

These results will be certified by Elections Canada within a week. Given how close the results were in some ridings, there may also be some recounts.

While last night’s results were not as close in terms of seats, I’m reminded of the 1972 federal election, when another Prime Minister Trudeau saw a large House of Commons majority reduced to a minority with the NDP holding the balance of power. (I’m just hoping that this déja vu doesn’t mean a comeback for avocado-coloured kitchen appliances or leisure suits.)

So what comes next?

As Elections Canada certifies the results in each constituency, newly-elected and returning Members of Parliament will travel to Ottawa to be sworn in to office. There is no specific timing for this, but MPs are generally sworn in within two weeks of the election. They will then be assigned office space in the Parliamentary precinct and begin the process of recruiting Ottawa and constituency staff.

While cabinet ministers retain their jobs – even through an election – events dictate that there will be a shuffle. This will likely happen in the next two weeks or so.

There has yet to be any indication as to whether Parliament will resume quickly, or whether the PM will wait until the new year. That being said, when first elected in 2015, the PM recalled Parliament in November for the Throne Speech, to introduce some key pieces of legislation, and to ensure that the Finance Committee’s pre-budget consultations could go forward. It would not be surprising if this happens again in 2019 – with Parliament likely resuming around the third week of November.

While only two members of the pre-election cabinet lost their seats, they create significant gaps for the government. Ralph Goodale, Minister of Public Safety, was the only Liberal MP in Saskatchewan, in addition to being the most senior and experienced member of the cabinet. The Liberals also lost all of their seats in Alberta, including Natural Resources Minister Amarjeet Sohi. Given the importance of that portfolio, the PM will probably want to appoint one of his senior ministers, possibly triggering a fairly extensive shuffle.

The lack of seats in Alberta and Saskatchewan creates an additional challenge. Traditionally, when a governing party has been shut out of a province, it appoints one of its Senators from that province to cabinet. But the PM has only appointed Independent Senators; the remaining Senate Liberals are not part of the Liberal Party caucus – and even if they were, there are no Senate Liberals from Alberta and only one from Saskatchewan. It is technically possible to appoint one or more Independent Senators to cabinet, but it is unclear that the PM will go this route.

The other option, of course, is to try to entice one or more opposition MPs to cross the floor to join cabinet. While there is historic precedent for this, I can’t recall it ever happening in the immediate aftermath of a hard-fought election campaign.

The Prime Minister should not, though, have difficulty maintaining his commitment to a gender-balanced cabinet. All of the female cabinet members were re-elected, and the overall number of women in the Liberal caucus has actually increased.

Given how tight this election was, there has been speculation about whether a coalition government might emerge. While the leader of the NDP initially indicated his party would consider a coalition, it seems that he was more likely referring to the conditions under which the NDP would support a minority government.

In a coalition, members of more than one party sit in cabinet. At the federal level, the only coalition government Canada has had was during the First World War. We do have extensive experience with minority governments at the federal level – including four of the last six elections.

The Prime Minister may – as Prime Minister Harper did between 2006 and 2011 – choose to govern without a formal arrangement with any of the opposition parties, and seek majority support for each bill as it arises. Or he may, as was the case in Ontario in 1985, negotiate an arrangement whereby the government agrees to implement certain policies and one of the opposition parties agrees to ensure that the government will have the confidence of the House for a certain period of time.

The key policies the NDP leader has identified for a minority government include pharmacare, investments in housing, student loan interest relief, a commitment to reduce emissions and transition away from fossil fuel industries, a “super wealth tax” and reductions to cell phone bills. While the proposed measures and timelines differed, there is a great deal of overlap between these NDP priorities and the platform on which the Liberal Party ran – creating the possibility that we will see a period of stability despite the government’s minority status.

So what does this mean for our sector?

If the most likely scenario plays out, both the Liberal and the NDP platforms included a number of policy proposals that are related to individual organizations’ missions. These include: enhanced supports for families with children; continued emphasis on climate change mitigation, including moving towards zero-net emissions by 2050; steps toward a national pharmacare program; enhanced supports for individuals with disabilities and their caregivers; increased grants for postsecondary students alongside interest relief for new graduates; increased investment in child care and housing; and a national basic income pilot. It also means that the social innovation and social finance investments announced last year should continue.

A minority parliament also changes the dynamics of government in that opposition parties and individual MPs can have greater influence. It will be well worth organizations investing some time and energy building relationships and working with their MPs to advance their own priorities. (More news to come on how Imagine Canada is looking to navigate this new reality and work with you all to advance the recommendations made in June by the Senate Special Committee on the Charitable Sector. Stay tuned for news on Hill Day 2020!) 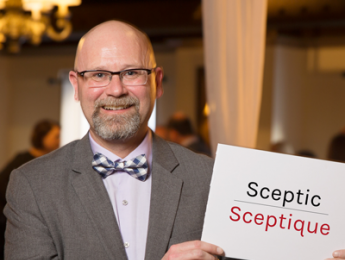 Bill Schaper is the Director of Public Policy in Imagine Canada’s Ottawa office.

It will be well worth organizations investing some time and energy building relationships and working with their MPs to advance their own priorities.

The caring, the benevolent, the lovers of humankind: these are charities and nonprofits. Here to make the world a better place. Missions positioned as righteous and superior. Visions large and lofty. With a saviour complex sadly in high gear, they feel heroic, even honourable in their work. But the rose-tinted glasses they wear blur their vision.