How to deal with the tricky question of Director benefits

How to deal with the tricky question of Director benefits

Charities across Canada are generally prohibited by federal tax policy and provincial law from compensating directors for acting-as-directors.

However, many charities rely on directors for functions that extend beyond governance, and charities might see good reasons to consider compensating directors for these non-directorial services.

A charity’s board, comfortable that the director is acting in good faith and having diligently considered the circumstances, may conclude that entering into such an arrangement is in the best interest of the charity.

Unfortunately, in each scenario above, even if the payment to the director (or non-arm’s length individual or company) is in the best interests of the organization, the payment may not be permitted under provincial charity law without court approval.

The legality of these transactions depends on the provinces or territories in which the charity operates. Charities operating in Ontario (regardless of where they are incorporated or headquartered) should be particularly cautious.

Please note that the legal issues briefly surveyed here are nuanced and charities should consult legal counsel regarding their particular circumstances.

What’s the problem with benefits to charity directors?

All of the above scenarios place a director’s personal interests into conflict with their fiduciary duty to act in the best interests of the charity, or create the potential for such conflict.

This conflict is not necessarily fatal to a transaction with a director on the board of a non-charitable corporation. Corporate statutes (and sometimes a corporation’s own by-laws or board policies) provide procedures for disclosing and mitigating conflicts of interest (e.g. section 141 of the Canada Not-for-profit Corporations Act).

However, where directors control the use of charitable property, some courts – particularly in Ontario – have applied a fiduciary standard that is more strict than the standard imposed on other corporate directors. These stricter standards are comparable to those applied to trustees, under which directors managing charitable property are not permitted to receive any direct or indirect benefit from the use of charitable assets, without court approval.

Such direct or indirect benefits are not allowed regardless of whether the conflict of interest disclosure and mitigation requirements have been followed.

Does this rule affect expense reimbursements?

While bona fide expenses incurred by directors on behalf of the charity can be reimbursed without risk, the expenses must be reasonable, and connected to the charitable purpose.

Authorizing reimbursement of unreasonable expenses, or benefits disguised as reimbursements (as in this case) is a breach of a director’s fiduciary obligations to the charity.

Your charity’s documents may already include this restriction

The restriction on director benefits may already be included in your charity’s own incorporating document. A standard clause for charities incorporated in Ontario reads: “Directors shall serve without remuneration, and no director shall directly or indirectly receive any profit from his or her position as such, provided that a director may be reimbursed for reasonable expenses incurred in the performance of his or her duties.”

In certain other provinces, the incorporating document or a by-law may include a qualification such as: “A director shall not be prohibited from receiving compensation for services provided to the corporation in another capacity.” (However, this qualification does not guarantee that such compensation is permissible under the laws of the applicable province.)

If your charity operates in a province that prohibits payments (other than expense reimbursement) to directors or non-arm’s length individuals or companies, your charity can seek court approval of the proposed arrangement.

For charities operating in Ontario there is a streamlined court order process pursuant to Section 13 of the Charities Accounting Act by which the transaction can be authorized. This process allows a charity to obtain the requisite court order without having to commence formal proceedings or attend court. The simplified process is only available if Ontario’s charities regulator (the Office of the Public Guardian and Trustee (Ministry of the Attorney General)) agrees that the applicable transaction is demonstrably in the best interests of the charity.

What can you do?

A formal and comprehensive on-boarding process for new directors is highly recommended. This will help directors understand their legal duties to the charity and should help to minimize the occurrence of conflict of interest issues.

There are circumstances, however, where a charity will wish to pursue a transaction notwithstanding a conflict of interest. A common example is where a director offers to provide goods or services to the charity at a price materially below fair market value. For a charity operating in a province where court approval is required, if a proposed transaction is truly in the best interest of the charity then the charity will need to consider whether expending resources to obtain a court order is worthwhile.

As an alternative to seeking court approval, the conflicted director could resign from the board before the transaction is approved.

If your charity faces this frustrating choice, consider whether it may help to create a category of non-director volunteers who have a right to participate in board processes, but without a vote. A director who resigns in order to avoid the conflict of interest could take up such role and continue providing guidance to the charity. These governance participants could be identified as, for example, ‘Board Advisors’ or ‘Board Observers’ – and such roles, and their rights, can be formalized in the charity’s by-law or a board policy.

So long as these advisors or observers are not directors (and do not occupy some other role, such as senior management, that may attract fiduciary obligations), the charity and its directors are not at risk when entering into a contract with the director or non-arm’s length person. (Charities in which the same individuals serve as both directors and as members should also remember that under tax law a not-for-profit cannot be carried on for the purpose of gain for its members.)

Every charity’s board should ensure that it understands the nature of the fiduciary principles applicable to its directors. This diligence will enable charitable directors to appropriately carry out their legal duties to the charity and avoid risks that may be created when a charity provides a direct or indirect benefit to a director. 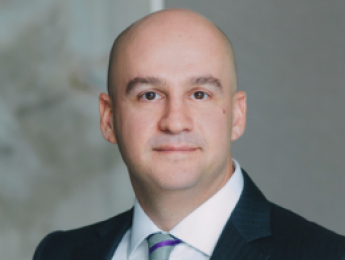 Jeremy Burke is a Partner and member of the Corporate/Commercial Group and Charity & Not-for-Profit Law Team at Aird & Berlis LLP, and the

What if one of the unlikeliest of places turned out to be a key contributor to closing the Social Deficit?