Over the past several weeks, the Canada Student Service Grant (CSSG)/WE Charity story has dominated the headlines.

Imagine Canada released a statement on the controversy on July 21. This statement focused primarily on the implications of the controversy for our sector. Since the release of the statement, questions have been raised about Imagine Canada’s involvement with the CSSG program and WE Charity, and about why we took so long to make a public statement about the issue. In the interest of transparency, I feel that it is important for me to answer these questions.

Was Imagine Canada involved in discussions about the CSSG program?

WE Charity approached Imagine Canada in May with the news that a new initiative was being developed to support post-secondary students who would be unlikely to find summer employment due to the pandemic. Imagine Canada agreed to connect WE Charity staff with organizations that might serve as hosts for summer placements. This role of connector and convenor is one that Imagine Canada often plays and I connected WE Charity to several organizations in the sector that could potentially assist with delivering the program.

At this early stage, I was asked to sit on an Advisory Committee for the program and I agreed to do so. This Committee never met or convened in any fashion.

Imagine Canada was also asked to consider playing a role in evaluating the program. Evaluation and research have long been core strengths for Imagine Canada so I agreed to consider this. As discussions about the program developed, however, concerns that it was blurring the distinction between paid work and volunteering began to surface. We relayed these concerns to both WE Charity and government officials, but they were not acted upon. As a result, Imagine Canada decided not to participate and I asked to be removed from the Advisory Committee.

Recently, it has been reported that Imagine Canada was among several organizations staff at Employment and Social Development Canada (ESDC) considered to deliver the CSSG program. At no time were we contacted by anyone at ESDC or anyone else within the federal government to discuss this possibility.

Is WE Charity an Imagine Canada member?

Imagine Canada membership is open to all Canadian registered charities and public-benefit nonprofits. Membership fees range from $100 to $550 per year, depending on an organization’s revenues. Organizations that wish to support our work at a higher level may join as “Sector Champions” for an annual fee of $5,000. Sector Champions have the same voting rights as regular members; the only significant difference between being a regular member and a Sector Champion is that the latter are invited to participate in a conference that has been held seven times since 2010.

WE Charity has been a Sector Champion since 2015.

Are membership and accreditation the same thing?

WE Charity is not and has never been accredited by Imagine Canada.

Finally, as this story has unfolded, some have questioned why Imagine Canada took so long to make any public comment.

There are a couple of reasons for this. First, our relentless pursuit of additional funding support for sector organizations facing the challenges of the pandemic has been and remains our primary public policy focus and I was reluctant to shift away from that priority. Second, I did not foresee the daily revelations that have complicated the story immensely and kept it in the headlines. As such, my direction to staff was to keep our focus on our key policy objective. I regret that my reticence raised questions about Imagine Canada’s role and response.

During this time, others emerged to give voice to the concerns of the sector.  I would like to acknowledge the efforts of organizations like Volunteer Canada, the group of BIPOC women leaders that started the #WeHaveAProblem movement, sector allies, and organizational leaders who have voiced concerns. Thank you for your vocal participation in this debate.

As I reflect on this unfolding story, I remain thankful for the dedicated people and organizations that continue to provide important services to Canadians.  I am hopeful that we can continue to work together to advance the collective interests of the sector. 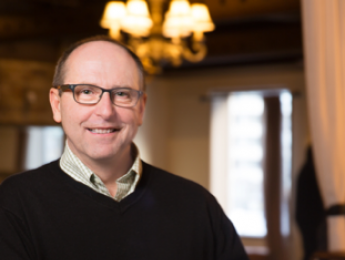 As the year draws to an end, many will be more than happy to put 2020 behind us. This year, which we thought would usher in a new decade on a high note, instead took an enormous toll on our emotional states, our societal structures, and of course, our work in the charitable sector.