Untangling the Corporate Web: Charity Conglomerates and the WE Charity Scandal

Untangling the Corporate Web: Charity Conglomerates and the WE Charity Scandal

The Annual Meeting of Shareholders of Power Corporation of Canada is never without questions about the complexity of its corporate structure.  Brookfield Asset Management is a darling of the TSX but it, too, faces questions from shareholders about the tangled web of corporations that make up its conglomerate.

Until recently, conglomerates and tangled, opaque corporate webs were not words commonly used to describe charities. The WE Charity scandal has raised new questions about complex corporate structures and opacity in the charitable sector. Donors of WE Charity and young people who have been inspired by their mega events have reasons to be concerned. Could the scandal have ripple effects and impact trust in the entire charitable sector?

In the corporate world, complex interlocking structures involving many separate entities are common.  Real estate developers create a new corporation for each new project to protect existing assets should a new development fail.

Multinational corporations use entities in different countries to reduce or shift tax burdens by shifting profits to subsidiaries in lower-tax rate jurisdictions. The resulting loss of tax revenues in those jurisdictions that are home to the economic activity and the opacity with which many of these transactions take place have fueled a global protest movement and demands for transnational regulation of these corporations.

Many charities which operate under a common brand name and may be perceived by many to be a single entity are in fact a complex web of separate interconnected corporations.  Some connections are transparent and logical – no concerns here for the donor public.  Others are tangled and opaque.  For example, when Michelle Douglas resigned as chair of the board of WE Charity alleging ‘concerning developments’, she later revealed these included her inability to obtain detailed financial information covering WE Charity and its related social enterprises.

There is nothing inherently wrong with charities using multiple entities to deliver on complex missions spanning large geographies. In rare cases, a problem can arise when complicated corporate structures create the conditions for private benefit by those associated with a charity.  The suspicion of undue private benefit may grow from a charity conglomerate refusing to provide transparent accounts of the financial activity of the entire network of corporations.  This is the story of WE Charity.

Getting it right - Charity conglomerates at work

YMCA Canada, United Ways, and Boys & Girls Clubs deliver important programs and services locally with the need for local autonomy to serve a specific community.  These are examples of charities that amalgamate numerous separately incorporated local or provincial organizations into a large federation with shared values and purpose.  While some may debate the challenges of leading such federations in a digital age, there is nothing improper about the existence of many separate corporations sharing a common brand in a federated model.  Accountability and reporting are more complicated in large federations, but many strive to guide the donor through their complex structures. YMCA  Canada, Boy and Girls Clubs, and the United Way are good examples of such organizations.

Parallel foundations – common in the hospital sector – are another example of multiple charities often sharing the same brand.  The growth of parallel foundations came in the aftermath of the creation of Canada’s public healthcare system in the 1960s which provided public funding to hospitals. Committed to safeguarding fundraising revenues for activities which were not wholly funded by governments, hospitals created parallel foundations to raise money for activities not adequately covered by the Canada Health Act, including health research, training of health professionals, and capital requirements. Other parallel foundations are often created to house endowments and to provide the discipline required to raise funds for the long-term. Creating a separate structure to focus on the longer term is often critical when the regular operations of a charity are cash strapped.  This is the case for many large arts organizations including l’Opéra de Montréal, and the Toronto and Vancouver Symphony Orchestras, which all have parallel foundations.

Nonprofit corporations registered as charities may also create share capital (or for-profit) corporations.  While charities can generate commercial income without creating a separate entity, some charities may house certain commercial activities in a separate entity to limit risk.  A separate entity also may be required when charities unite in a joint venture to operate shared services.  For example, neighbouring hospitals might share the ownership of a corporation to operate laundry or diagnostic services.  Universities commonly participate in the creation of and retain equity in commercial enterprises which are created to commercialize inventions and other intellectual property developed by its faculty and students.  In an era of reduced public funding for charities and growing competition for donations, it is important for charities to develop streams of commercial revenues. This is to be celebrated, and flexible corporate structures must be available to manage risk.

The hazards of obscurity - Risking the public trust

The Charities Directorate of the CRA provides guidance and imposes certain rules on the type of commercial activity led by a charity but again nothing is improper when those rules are respected.  Because charities enjoy significant tax privileges, their resources must be used exclusively for public benefit, they must provide a tangible benefit to the community or a segment of the community, and they cannot confer a private benefit to any person who does not deal with the charity at arm’s length.  This does not prevent a charity from operating commercial activities if the profits are used in pursuit of charitable purposes.  Where the nature of the commercial activities is unrelated to the charity’s objects, profits are subject to income tax.

The case of Pediatric AIDS Canada/USA is illustrative. Some of the directors of the charity were also owners of a tele-marketing operation. The CRA Charities Directorate revoked its charitable status in 2011 after an audit concluded that the ‘organization devoted the majority of its resources to fundraising and administrative expenses rather than on charitable activities.’  In this tangled web, the charity implemented high-pressure tele-fundraising which consumed the majority of its resources.  Pediatric AIDS Canada/USA did not pass the public benefit test.  Through the tangled interlocking roles of its directors who owned the tele-marketing operation, the charity also enabled undue private benefit.

Fast forward to WE Charity. Could it be that the privately owned companies which WE Charity describes as social enterprises and which are part of the tangled web of entities that share the WE brand are a conduit for undue private benefit? No one knows. No transparent account of the combined financial activities of the WE Charity organizations and related corporations is available.  But Michelle Douglas’ resignation as chair of the board introduces doubt.  Why does WE Charity continue to resist sharing full and transparent information about all the entities in its web?

The charity regulator in Canada does not provide specific guidance on questions which arise when several entities are related by way of interlocking board members. Imagine Canada’s Standards Program has struggled with this same question. The decision of the Standards Program until now has been to accredit one entity at a time while ensuring that the accreditation trustmark is used only by the accredited entity. There is no standard that requires an explicit level of disclosure for charitable organizations that exist as part of a web of entities sharing the same brand.

Will the WE Charity scandal prompt reflection about the need for such a standard? I, for one, believe leaders in the charitable sector such as myself should ponder this important question.  We cannot allow the WE Charity scandal to diminish the flexibility required by many larger charities to deliver impact and grow revenues through complex corporate structures.  Nor can we afford to allow these structures to stymie board leaders and donors in their search for clear and transparent information. Charities that maintain these opaque and tangled webs damage the public’s trust in the charitable sector.

Yves Savoie is Chair of the Standards Council, the volunteer body responsible for overseeing the Standards Program at Imagine Canada. The Standards Program provides accreditation to organizations that undergo a rigorous peer review process, examining their operating practices and governance in five areas. The role of the Council includes approving revisions to the Standards; appointing members to peer review panels; reviewing and rendering decisions on complaints about the Program and its participants; and, providing guidance on current and emerging issues relating to the Standards Program. Imagine Canada looks forward to a continued dialogue and consultation on charity conglomerates and how the thoughtful introduction of new standards or revisions to Standards Program policies could support greater transparency and accountability in the charitable sector related to these structures. Imagine Canada is a membership organization, and WE Charity is one of our members. Membership is distinct from our Standards Accreditation Program and WE Charity is not an accredited organization. The full list of accredited nonprofit organizations can be found on our website, searchable by sub-sector. 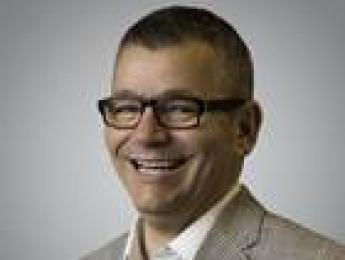 Partnering to Drive Innovation and Experimentation during the Pandemic: Turning Crisis into Opportunity

As the world around us evolves, we must make sure we are changing in tandem to effectively bring about the changes we would like to see in it.

Sector Monitor: The uneven impact of the pandemic on Canadian charities 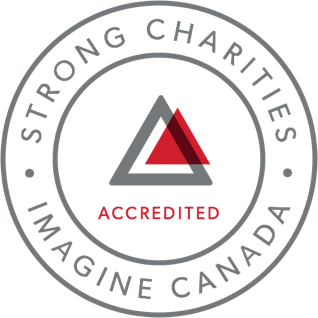