Why does funding organizations without charitable status matter?

Why does funding organizations without charitable status matter?

If you follow nonprofit sector policy news, you’ve likely heard the buzz about Bill S-216. This bill has already passed in the Senate and been introduced in the House of Commons. It appears that the bill has enough support to pass and we are hopeful that it will become law this year. In this blog post, we dive deep into why this legislation and funding organizations without charitable status matters.

A brief explainer of Bill S-216

Charities are able to spend their resources on gifts to “qualified donees” which include other charities and several other types of organizations such as registered Canadian amateur athletic association and the United Nations and its agencies. Groups without qualified donee status are known as “non-qualified donees” but are referred to as “non-charities” in this piece for simplicity. Current rules prevent charities from providing funds to non-charities to deliver an initiative in partnership unless they enter into an agreement whereby the charity exercises “direction and control” over the activities of their partner. In essence, this results in the non-charity partner becoming an operating arm of the charity. The charity is required to exercise significant operational control.

Bill S-216 would replace this “direction and control” requirement with a requirement for the charity to take reasonable steps to ensure all of the funds are used exclusively to further a charitable purpose. This change aims to ensure that there are effective accountability and transparency measures in place while remedying some of the issues with the current system, which are explored below.

There are many groups and organizations that are doing wonderful work even if they don’t have charitable status. Often, charities want to work with these groups in order to further their own missions.

While writing this blog, I spoke with two groups that do not have charitable status about their work. Both of these initiatives were funded by the Toronto Foundation through its Black and Indigenous Futures Fund.

The Toronto Black Farmers and Growers Collective (TBFGC) aims to provide fresh, healthy, culturally relevant, locally grown food to as many families in need as possible. The food they grow gets into the hands of people who are food poor and “clean food” insecure. They also facilitate workshops that empower people to live and eat sustainably and bring people from all walks of life to the table. They are creating a community food hub that meets people where they are and feeds them unconditionally. They have worked over nine seasons to build a community food model. During a normal growing season, they serve 250 - 300 people. Over the course of the pandemic, they have created new partnerships that have expanded their reach and made others aware of the food work we are doing in the community. They have changed the way communities come together and feed themselves and each other.

Rise in STEM offers holistic STEM enrichment programs that aim to unlock the power and potential of Black and underserved youth. Irene Duah-Kessie founded this group when, during her university degree, she confronted the reality that there is a noticeable racial gap in STEM fields. Her initiative aims to both raise awareness about this issue and to arm young people with tangible support and tools to break into STEM careers.

Filling in gaps left by charities

One of the major reasons that a charity may want to partner with a non-charity is because the partnering organization has expertise or connections to a community that the charity lacks. Working with these groups allows the charity to further its mission more effectively and efficiently. For instance, Duah-Kessie noted that while there are many charities providing STEM programming, she isn’t aware of any that serve or are accessible and culturally relevant to Black youth in the community where she works. Likewise, Jacqueline Dwyer at TBFGC emphasizes that they fill a gap because they work in a different and more collaborative way than many food security organizations do and bring strong relationships to the table.

Why would an organization not have charitable status?

There are many reasons that a group may not have charitable status. In some cases, such as with Rise in STEM and TBFGC, the groups would like to get charitable status some day. However, this process costs money and entails more legal and governance responsibilities (e.g. filing additional tax documents and creating more robust systems of governance). These are important accountability and transparency measures, but for groups with limited resources, they mean it can take time to become a charity.

In other cases, organizations may choose not to pursue charitable status. Bill Mintram, Director of Indigenous and Northern Relations at Rideau Hall Foundation explains that:

“Many Indigenous organizations have not registered as charities even though they do equitable work for the public good. This can be for a variety of reasons that often link back to a past and present disconnect from the philanthropic sector, concerns around impediments upon Indigenous based rights of self-determination, physical distance from and lack of access to hubs of philanthropic support, capacity constraints, and limited familiarity with the advantages that registration might provide.”

These are just a few examples of why groups in one part of the sector might not have charitable status.

Issues with the current system

It is already possible for charities to fund non-charities, but there are many issues with the way the system currently works.

The requirement for charities to exercise direction and control over their non-charity partners can create an unequal power dynamic between the two partners and makes co-creating solutions very difficult. Some groups and organizations, especially those led by equity-seeking communities, feel uncomfortable entering into this type of agreement. It also can create an unnecessary operational burden on the charity partner.

Bill S-216 would move us to a system where, when a charity provides resources to a non-charity, there are still robust accountability, and transparency measures in place. Crucially though, it would move us away from a situation where charities are required to exert operational control over non-charities, and towards a system where the non-charity has more autonomy over its activities while advancing the charitable purpose of their partner.

As of March 2022, Bill S-216 has already passed in the Senate. It has also been introduced to the House of Commons and is expected to be debated this spring. It appears that the bill has substantial support among Members of Parliament and we are hopeful that it may pass and become law this year.

You can learn more about this issue and Imagine Canada’s work on the file here. If you want to show your support for the bill, we encourage you to email or set up a meeting with your MP to explain why the issue matters to you and to ask them to vote in favour of the bill. 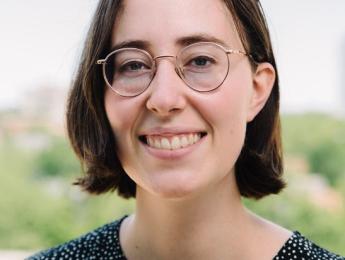 Bill S-216 would move us to a system where, when a charity provides resources to a non-charity, there are still robust accountability, and transparency measures in place.

Tips to Protect Nonprofit Board Directors from Personal Liability

Being a board director is a fulfilling experience and a great way to contribute to society. However, many individuals who join a nonprofit board are not aware of the responsibilities and related liability that come with such a role.

Diversity Is Our Strength: Improving Working Conditions in Canadian Nonprofits