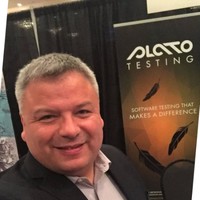 Denis’ efforts to build Indigenous IT Careers was recently highlighted in the University of Regina’s Alumni magazine: https://www.degreesmagazine.ca/answering-the-call2/2019/06/03/.

Denis has over 20 years’ experience in executive management with the Government of Canada and has worked extensively with Indigenous communities, organizations in Western Canada and in Atlantic Canada. Denis participated in the 2015 Governor General’s Canadian Leadership Conference and currently serves on the conference’s board of directors as one of two Indigenous Directors. Denis holds a Bachelor of Arts Degree from the First Nations University in Saskatchewan and earned a bilingual English/French certification through the Government of Canada in 2007 and 2015.

Denis is a father of four and member of the Pasqua First Nation in Treaty Four (Saskatchewan).