That’s the number of women in the fundraising profession who report they have been sexually harassed on the job.1

I’d like you to think about that in the context of your organization.  25% of the female fundraisers you work with have been subjected to “contacts, gestures, or behaviour of a sexual nature” that were unwanted or humiliating.2

Now think about your team and remember that one in four of the women has been violated on the job.

Perhaps that person was you.

I am the one in four.

670 days have passed since I wrote about my experience with sexual harassment for the CBC.  Since then we have experienced a global pandemic and the world came to a screeching halt.  As we dealt with this unprecedented historical event, discussions about workplace safety seemingly disappeared.

The issue of systemic racism was amplified by the pandemic and a second wave of #BlackLivesMatter exploded onto the scene. The need for social justice became part of the collective consciousness, and organizations pledged to end racist practices, committed to diversity and inclusion, and society examined its unconscious biases.

Unfortunately, it was too little too late.

A summer of scandals

In Canada, a number of scandals about toxic work environments surfaced.  Staff at the Canadian Museum of History, the Canadian Museum of Human Rights, and WE Charity went public with stories of workplace harassment and systemic racism.  Each of these stories shared a common theme: the boards and leadership of these organizations failed to listen and did nothing to act.

The world has changed, and yet our sector has not changed enough. We are failing to protect our own people under the guise of fiduciary responsibility.

This is the rot at the core of our sector. How can we address our incompetence if we are not aware it exists?  How do we become part of the solution instead of the problem?

I am tired of telling my story, so instead I want to tell you the story of “Frances.”

Frances is the one in four.

Frances is a young fundraiser who experienced sexual harassment in the workplace.  Like many individuals I speak to, she wants to remain anonymous.  She is concerned that going public with her story will identify the organization and do damage to a cause she cares about.3

Frances’ experience is unfortunately a familiar one.  She was sexually harassed at work by a colleague, reported it, had a negative experience, and left the organization as a result.

The trauma of reporting

The process of reporting sexual harassment is an emotional trigger for many survivors.

“Reporting validated the experiences I had.  I was telling myself, that yes, what happened to me was sexual harassment,” says Frances. “We spend so much time sweeping this kind of behavior under a rug just to make it through the work day; so reporting forces you to acknowledge that you were violated.”

Frances’ anxiety about reporting manifested itself in the form of panic attacks.  Several weeks after reporting, Frances had her first episode.  She explains, “As I approached my office building that day, it seemed to me like the darkest cloud hung over it. The closer I got, the harder it was to breathe and my whole body began to shake. This was not something I had ever experienced before, and it made me realize how powerful a physical response one can have to trauma.”

The act of reporting does not mean the victim automatically feels safer at work.  More often than not, the opposite occurs, leaving the victim feeling exposed and vulnerable, and subjected to retaliatory behaviour.  Not wanting to be seen as a problematic employee, many do not talk to managers about the discomfort and anxiety they feel coming to work.

Who advocates for the victim?

When Frances reported, her employer did everything they were legally required to do.  The management team took her complaint seriously and addressed her concerns.  However, Frances was never given the option of an independent investigation into the matter, nor was she provided with a counsellor – in fact she had to find one herself.  She wasn’t even given information about the organization’s Employee Assistance Program.

“I feel fortunate because I was one of the few whose complaint was believed and responded to” she says, “but at the core there was something missing from the process.  No one was there to advocate for me. This was an additional emotional burden on top of a very traumatic process.”

Policies and procedures can help guide the process, but ensuring the victim has an impartial advocate is imperative and reduces the stress of reporting.  Scientific studies show that chronic stress can lead to difficulty concentrating or thinking, memory problems, lack of self-confidence, and difficulty making decisions.4  Providing victims with access to counselling or a facilitated resolution based in the principles of restorative justice can make a tremendous difference and lead to better outcomes and healing.

Organization leaders need to acknowledge that something has fundamentally changed for their employee.  They no longer feel safe doing their job – whether that is inside the walls of an office or in public – and it is the responsibility of the employer to rectify this.  It is our moral and legal duty to provide our employees with a sense of safety, both physically and psychologically.  Anything less is unacceptable.

Train your management and leadership teams

In addition to providing external resources, Frances wishes her manager had been trained on how to deal with her report.

“I was on the same team as this individual and had to work closely with him, including attending donor meetings with him,” she says.  In spite of the severity of her complaint, her manager decided she needed to ‘get past this’ and continue working with him.

“Throughout the process when it was clear that my mental health and sense of safety was being impacted, she would often come to me and ask ‘what can I do to help?’” says Frances. “This only exacerbated the issue for me.  I had come forward and reported and now I had to help train my manager on how to handle the situation?”

Lack of training and professional development is a common issue at charities and nonprofit organizations. This lack of training means that managers and leaders are not properly equipped to deal with issues of this nature.  They often fumble through meetings, say the wrong things, and contribute to an already stressful situation.

“I remember telling my manager that one thing that would help is if a colleague or manager could join me early in meetings where he would be present so that I could feel like I had control of the room and who was sitting near me. I didn’t feel safe at work or in meetings where I might be caught alone or close to him,” says Frances.  “What made it so much worse was my manager said – and I quote – ‘that’s a lot to ask of someone.’  So the one time I asked for something specific I was made to feel like it was an inconvenience.”

The importance of bystanders

The role that bystanders play in preventing sexual harassment cannot be overstated.  Frances notes that training in bystander intervention would have been helpful in her case.

She recounts one particular incident where she was in the office kitchen with her harasser and three other employees – one of them was another male – when her harasser made an entirely inappropriate statement.  “He made a joke that implied I should be prostituting myself online to get the money for some concert tickets I wanted. Not a single one of my colleagues stood up and said something about it at the time, or afterwards.”

Frances believes the inability for her colleagues to intervene could have been addressed through annual bystander training.  Training bystanders on how to recognize, intervene, and show empathy to victims increases awareness, encourages bystanders to disrupt the behaviours before they happen, and helps survivors report and seek support.5

Equipping your staff with the tools and resources they need to be recognized and prevent sexual harassment is powerful.  You create an entire team of allies who can stand up for marginalized individuals – regardless of the type of discrimination they face – and shift the work-culture from passive to one of active intervention.

This conversation is not going away

In the end Frances left the organization.

“I just didn’t feel safe working there,” she says.  “I had no hope or energy left after months of fighting for myself and being my only advocate. I had no confidence in their ability to handle my situation.”

In failing to address Frances’ concerns properly, the organization created a toxic work environment for others.  Frances occasionally hears from former colleagues about how her complaint, and the way it was handled, has silenced others.

“I hear that it led to others being afraid to come forward about anything else.  Why would they put themselves at risk when they saw how my situation was handled?”

What organizations need to know

The charitable and nonprofit sector has a serious problem.  We are spending time and resources protecting our organizations, while failing to protect our people.

If you are a CEO, an executive director, or a manager:  what are you going to do to ensure the safety of your staff is paramount?

If you are a board member or a volunteer at an organization: what are you doing to do to ensure that policies and procedures are in place to protect your people?

This conversation is not going away, and charitable sector employees are expecting answers.

Frances has one significant piece of advice for employers about the difference between empathy and compassion: “I wish that leaders would exercise compassion more. There is a significant difference between empathy and compassion.  Compassion means you are willing to sit with suffering (your own or others), and have the courage to take compassionate action.  We need more leaders willing to sit through these difficult conversations and then act.  It would make all the difference in the world.”

About National Day of Conversation

On November 26, 2020 will take place the second annual National Day of Conversation (NDOC).  Founded in 2019, NDOC seeks to raise awareness about the issue of sexual harassment in the charitable and nonprofit sector.  This has grown from a grassroots initiative into a full-blown movement.  Content will be hosted by Fundraising Everywhere. We encourage you to join the conversation on Twitter, Facebook and LinkedIn.

Liz LeClair is proud to call herself a fundraiser and a feminist. She brings more than 15 years of experience to her role as Director of Major Gifts at the QE2 Foundation in Halifax, Nova Scotia. Liz is committed to speaking up about the challenges facing women and marginalized individuals in all sectors, and is the founder of the National Day of Conversation. Born in Toronto, she has lived and worked on both coasts, working with a variety of nonprofits, in a variety of sectors. 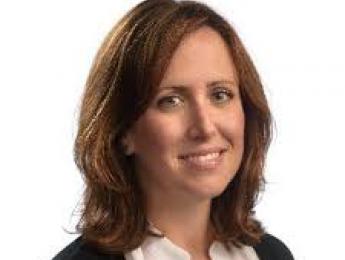 Liz LeClair is proud to call herself a fundraiser and a feminist.

25% of the female fundraisers you work with have been subjected to “contacts, gestures, or behaviour of a sexual nature” that were unwanted or humiliating.

Supporting non-charities is about to get easier. Why should funders consider it?

Grassroots groups and nonprofits carry out vital services in communities across Canada. However, their lack of charitable status has left them largely overlooked by philanthropy – until now.