To the oppressed,
And to those who suffer with them
And fight at their side
~ Paulo Freire

The caring, the benevolent, the lovers of humankind: these are charities and nonprofits. Here to make the world a better place. Missions positioned as righteous and superior. Visions large and lofty. With a saviour complex sadly in high gear, they feel heroic, even honourable in their work. But the rose-tinted glasses they wear blur their vision. The reality is they are blind to the whole truth. They cannot see the oppression enshrined in their policies and procedures, in their interpretation of values and their ultimate rejection of culturally informed life experiences. I think Canadian charities are overdue for a new pair of glasses.

Like me, many Black women struggle to survive inside charities whose missions are meant to benefit the community. All the while these charities are blind to the unique proximity of people of colour to the beneficiaries of their work and the inevitable contribution Black professionals offer. The denial of our insights, skills, and abilities is an oppressive erasure of who we are and the value we bring to the sector.

“The philanthropic sector, by its very nature and definition, purports to serve ‘disadvantaged communities,’ and over the years has presented itself as a more people-centered, equity-driven alternative to the cold corporate world. Due to historical racism and systemic inequalities, the majority of  ‘disadvantaged communities’ are predominantly lower-income black and brown citizens, who have little social capital and little financial security. The nonprofit industry rakes in billions of dollars annually off the creation of programs and services designed with this demographic in mind.”1

And it is in this environment that Black people, mainly women, struggle to survive their nonprofit careers. The relationship between oppression and philanthropy is a longstanding, intricate one. With greater urgency, this relationship must be revealed in all its parts — and with increasing commitment.

Much of my career as a fundraiser has been defined by my survival of oppression at the hands of people in power who attempted to render me invisible. These leaders evangelize their commitment to helping their beneficiaries, while inside their organizations the struggle for equity abounds.

As an Afro-Indigenous woman, I found my calling as a fundraiser two decades ago. This was no mistake. I watched my parents invest in and uphold their community in tangible ways during my formative years. Philanthropy is in my blood. And I had finally found my life’s work: fundraising.

It didn’t occur to me that I would end up being employed as the only Black fundraiser and the only person of colour in development departments. How could this be in an industry that was built to solve problems primarily serving the marginalized, poor, and excluded? Boldly, this is the rule and the system’s design.

Being the “first” or being the “only” exacts a hefty emotional toll that is largely unappreciated. “The weight is known as an ‘emotional tax’ — a feeling of being different from peers at work because of gender, race or ethnicity, which can affect a person’s well-being and ability to thrive in their job.”2

Ironically, the psychological, emotional, and even physical burdens caused by leaders and colleagues inside homogeneous environments — meant to provide relief, create opportunities, give access, and ultimately love humanity — too often force people of colour to flee the nonprofit sector in order to survive. Many Black, senior-level fundraisers choose to begin a consultancy to ensure a healthier work environment. Maintaining the status quo is not an option. The limited performance of all-white teams has been studied and recent research has found that “racially homogeneous groups are less rigorous in their decision-making — and make more mistakes — than diverse ones.”3

I have spent the last 20 years working in the nonprofit sector. I love solving problems, gathering the resources to meet needs, making change, and promoting social justice. Here’s the paradox. I have suffered exclusion and marginalization in the work I love.

“Canada's towns, parks and universities abound with statues and street signs that have immortalized our ‘founding fathers.’ But there is no sign of the men, women and children that some of these powerful men enslaved. Small wonder then, that many of us today are unaware that Indigenous and African peoples were forced into bondage across colonial Canada. Hiding two centuries of slavery requires some effort, and it is a collective silence that historian Afua Cooper calls the ‘erasure of Blackness.’"4

I am a sixth-generation Canadian. My family is no exception to this experience. They arrived on the shores of Amherstburg, Ontario, in 1846. In Windsor, where I was born, most Black people share a similar story. We are primarily descendants of American slavery. This means that for more than a century Black and white families have continued to live “free” in the same geographic area. Black people who tried to forge careers and build businesses faced segregation and exclusion. And many were destined for jobs serving white people. Slavery ended, but segregation and exclusion did not.

Canadians widely believe their country to be a peaceful, multicultural country without racism. Yet human rights activists and critical race scholars provide evidence that inequity is woven into the fabric of Canadian institutions and normalized in everyday practices.5 The nonprofit sector is no exception.

Three years ago, I mentored Ayanna (pseudonym), a young Black fundraiser. Ayanna was highly educated and notably talented. During our mentorship, she started a new role at an international development organization that operated largely in Africa. Its mission was to empower children and their families.

For context, Ayanna was the only Black person hired out of three fundraisers at the time. And of the three, only she had a graduate degree in philanthropy. Appallingly, from the start, Ayanna’s manager offered her no leadership, support, or sense of belonging. Instead, she created a toxic environment.

One of the many problems Ayanna faced was her manager soliciting and accepting subjective observations by colleagues. What is remarkable here is that the manager willingly received culturally loaded assessments of Ayanna’s body language. These offensive, and dare I say ignorant, observations were then included in an unscheduled performance review and used as the reason to extend Ayanna’s probationary period. The review shockingly ignored Ayanna’s objective financial successes in the organization. Naturally, the problems intensified, and Ayanna resigned rather than face being fired.

As her mentor, I was furious. This was just one more story of a Black fundraiser being scrutinized, assessed, and measured by a false standard of white superiority, and ultimately threatened by incompetent management. Since I had proximity to the organization’s CEO, and because she knew Ayanna, I wrote to her to share the tragedy and injustice of the situation.

Consider that Ayanna was born of parents from an African nation served by the organization she was forced to leave. In that reality, it is appalling to me that she was disrespected and given no direction or support by her manager here in Canada. She was not offered dignity, leadership, or protection in an organization that boasts of promoting equity for African girls.

And if that were not enough, instead of the CEO taking my concerns seriously, she personalized the matter and began aggressively defending her record on “diversity and inclusion.” She never addressed the immediate situation or the reality facing Ayanna: unemployment.

In the end, this CEO refused to investigate her colleagues’ behaviour. Instead, she recommitted herself to white supremacy. She immediately began wielding her power against me in cynical ways. She began threatening me. She enlisted others to do the same. And in her final act, she tried to ruin my professional and ethical reputation. She did all of this while leading one of the largest international development organizations supporting primarily women and girls of colour globally. The duplicity in this example personifies the experiences of many Black fundraisers in the charitable sector.

Cruel, unjust treatment and control. That’s what oppression is.

To survive my fundraising career, my only choice has been to leave every organization I’ve ever worked for. And if anyone wants to point to alternative explanations for my departure, let me be clear that I have never had a negative or even mediocre performance review in my entire career. My performance as a fundraiser has been excellent. Despite my qualifications, education, and skills, rather than changing, the nonprofit sector would sooner see me, a Black woman, leave the profession.

I am a fundraiser and a philanthropist because my mom and dad are. They showed me what loving my community looks like. They required my full participation. They encouraged me to get close to the problems I see. This cultivated a love for people and my community. And this gives me great insight and an empathy that transcends that of those who operate from ivory towers and wield their power masked in compassion. The nonprofit sector needs me. Even if they don’t know it. For that reason, I refuse to leave. It’s time for charities to put on a new pair of glasses to see me and other Black women whose ambition is to contribute our unique experiences and expertise as caring, benevolent lovers of humankind. 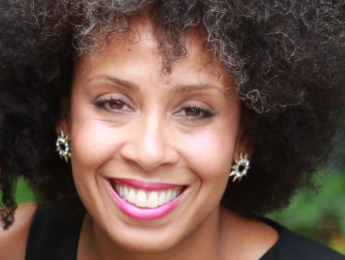 Nneka Allen is a Black woman, a descendant of the Underground Railroad, an Ojibwa of Anderson Nation, a Mother and a sixth generation Canadian.

Slavery ended, but segregation and exclusion did not

Want to Make a Difference? 5 Alternatives to Starting a Registered Charity

Striving to make the world a better place is a noble way to spend your working years, and becoming a registered charity is often assumed to be the only route to working towards the greater good.