In fundraising, there are generally two camps:

1) Organizations that have hired fundraisers

2) Organizations that do fundraising off the side of their desks.

Camp 2 is generally executive directors, admin staff, or programming staff who squeeze in time for fundraising while focusing on program delivery, management, and advocacy, among other duties. They’re finding funding as a last resort due to limited resources, but given the choice, they would prioritize their other mission-critical responsibilities.

The people in this group are often what I call “reluctant fundraisers.” They didn’t choose to fundraise, it’s not part of their career path, and they're usually learning on the fly within a shoestring budget.

Reluctant fundraisers often look for the easy way out — a quick fix or magic bullet that will make fundraising feel easier. They often look to trendy strategies like crowdfunding or “easy” corporate money. They list off names of well-known philanthropists who would give if only they knew about the organization. They rush to get out as many grant applications as possible each year, hoping for a generous reply. Do any of these sound familiar?

Having worked with hundreds of reluctant fundraisers, I’ve seen them try so many different strategies to be more successful with their fundraising ⁠— most of them in vain. But the root of the problem goes much deeper than the strategies themselves.

Here are three key mistakes reluctant fundraisers often make and how to learn from them:

We often pride ourselves on being good multitaskers, but multitasking can destroy our productivity. Fundraising doesn’t only require your time. It needs your focus. Just Google the term “context switching,” used to describe someone switching between unrelated tasks, to see how multitasking is eating away at our productivity.

Instead of multitasking, try setting a timer for 40-50 minutes, logging out of your email, putting your phone in a drawer, and focusing on working on one project. Do not move on to another project until you finish the first.

When the timer goes off, get up and move around for 10 minutes. A little physical exercise will get your dopamine flowing, which will give you more focus for your next round of work. Try 10 jumping jacks, or something equivalent, based on your ability.

Focus is a habit. The more you do this, the easier it will become.

Mistake #2: Focusing on tactics before addressing mindset
💡 Hack: Retrain your brain to feel positive about fundraising

In order to raise more money, we have to feel different about fundraising.

In fact, there’s neuroscientific evidence that the more we believe something to be true, the more our brains look for evidence to support it and ignore evidence against it. So how do we retrain our brains and start to feel good about fundraising?

To help answer this question, I’ve created four reluctant fundraising archetypes that will help you identify the exact belief system that is holding you back from fundraising and replace them with a new set of beliefs that are empowering. I call these new beliefs your fundraising alter-ego, because they are going to change the way you show up for fundraising.

Take this quiz to find out your fundraising alter-ego and start to raise more money for your nonprofit.

Mistake #3: Comparing your organization's internal with another’s external
💡 Hack: Prioritize 1-2 areas of fundraising that are relevant to organizations similar to yours and do them really well

I remember my first fundraising conference. I was the first and only paid fundraiser in a small organization, and I was blown away by the sophisticated fundraising strategies and ideas being presented.

But I only saw the external side of fundraising: the messaging, the major events, the celebrity endorsements. I couldn’t see what was going on behind the scenes — with their systems, staffing, tools, and volunteers.

Most side-of-desk fundraisers do what I did. We see what the big organizations are doing externally and try to replicate it in our small organization, without understanding the internal systems. Our sector is infamous for not investing in the capacity and infrastructure that is critical to growth.

Cindy Wagman is the President and Founder of The Good Partnership, a values-driven, social-justice informed consultancy that is working to unlock the potential of small Canadian charities through fundraising and systems support. Cindy became a Certified Fundraising Executive in 2009 and received her MBA from the Rotman School at the University of Toronto in 2013. Cindy has presented for AFP (Association of Fundraising Professionals), CanadaHelps, CharityVillage, the Centre for Social Innovation, and the city of York Region, and has taught fundraising at Humber College. She is the host of The Small Nonprofit podcast, Canada’s #1 podcast for charities. 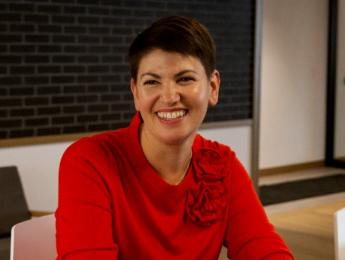 Cindy Wagman is the President and Founder of The Good Partnership.

...try finding training and resources that are specific to small organizations that might be easier to adopt or more “right sized” for your organization

The Future of Giving: Microphilanthropy for Nonprofits

There’s been a lot of talk about the Great Transfer of Wealth, and how this 1-trillion dollar change of hand will disrupt the Canadian nonprofit sector. In fact, a 2019 report by Coldwell Banker pinpoints that by 2030, millennials will hold 5x as much wealth as they do today. 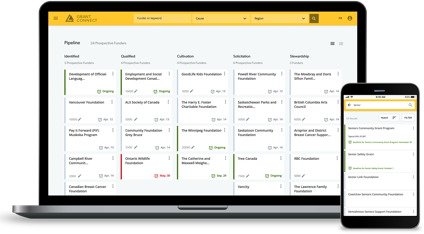