What if one of the unlikeliest of places turned out to be a key contributor to closing the Social Deficit?

For generations, society has looked to community groups as places where generosity is fostered, nurtured and passed along from generation to generation. In particular, places of worship have played a central role in building a nation of citizens who care about their neighbours and act on that caring through volunteerism and philanthropy.

With many faiths experiencing a significant decline in regular participation and attendance, is it possible that the workplace could take up the mantle as a place where Canadians are inspired to be generous?

A new report by Imagine Canada suggests that this is within the realm of possibility.

Let’s step back and understand the context.

As previously articulated by Brian Emmett, Chief Economist for Canada’s Charities and Non-Profits, our country is staring at a significant Social Deficit (infographic). Basically stated, this is the gap between the rising demand for services and the ability of society to pay for them. By 2026, it is projected that the nation’s Social Deficit will be $25 billion.

Donations are on the decline

At a time when the country needs civic engagement, both in the form of active volunteerism and financial contributions, the donation rate is in steady decline.  The 2018 ’30 Years of Giving’ study, conducted in partnership with the Rideau Hall Foundation, demonstrated that starting in 1990, the proportion of taxfilers claiming donations began to decline fairly steadily, dropping from a high of 29.5% in 1990 to the current low of 20.8% in 2014.

Put succinctly, when only a third of the population is claiming donations and we have lost a third of those, wondering how the Social Deficit will be addressed takes on a more significant light.

Especially when one of the catalysts for nurturing generosity is facing significant challenges.

Leaving the church behind

According to an InTrust Centre for Theological Schools article, Canadians have been moving away from weekly church attendance for decades. In the mid-1960s, 50% of Canadians reported that they attended services once a week. By 2015, that number had dropped to 10%.

A March 2019 CBC report noted: “As of 2009, there were 27,601 buildings for worship, training or promotion owned by religious organizations in Canada, a statistic found buried inside a Natural Resources Canada energy audit. While national figures on closures are still emerging, the National Trust for Canada has made its prediction that a third of those buildings will be sold off or torn down within the decade — with some of them already abandoned, sold or demolished since 2009.”

This combination is noteworthy as the ’30 Years of Giving’ study clearly shows that Canadians who attend a place of worship on a regular basis give, on average, almost three times the amount as secular Canadians.

Are corporations now taking on the mantle from the church?

With one of the training grounds for generosity in steep decline, where will future generations of citizens be presented with opportunities for learning about the benefits of generosity?

In the newly released report ‘Profit, Purpose and Talent: Trends and Motivations in Corporate Giving & Volunteering’ the idea that the workplace can be a new vehicle for inspiring civic engagement is worthy of consideration.

For starters, 43% of the working Canadians that were surveyed indicated their employer encourages them to give to charities. This is tremendous news!  With corporations stepping up to bring the message of generosity into the workplace, people have another avenue for becoming introduced to giving and participating.

It is clear that the impact of workplace as a conduit for community engagement is significant.

Employees who reported their companies as having a payroll giving program, a workplace giving campaign, and matching gifts were 67% more likely to donate to charity than at a workplace with none of those.

Of those who reported their employers regularly share information about charities they may be interested in donating to, 76% reported donating to at least one of these charities regularly.

The act of becoming a donor may or may not be outside of the company, but the key finding here is that it wasn't a 'one off', these employees maintain an ongoing donor relationship with the charity. It could be through regular payroll deductions (through the company) or in their personal life, or some other mechanism. Encouraging donations to charity is therefore good for both the company and society.

In addition, the more programs an employer has to support donations the more likely an employee is to donate to charity; ranging from a low of 47% at employers with no programs to a high of 79% for employers with all 3 programs. Again, the conduit to giving that is offered by companies is clearly inspiring employees to donate.

What is also clear from these findings, is that for the workplace to truly act as a catalyst for giving, companies must engage in the work of community investment in an intentional and authentic manner.

And companies that do so, view themselves has realizing greater benefit. Companies that felt they were most effective at community investment were 2.6x as likely to conduct community consultations as part of their giving strategy and far more likely to have co-creation labs with external stakeholders.

This kind of commitment also translates to understanding impact. Companies that thought they were most effective at community investment were 2.4x as likely to be measuring long-term and systemic outcomes of their investments.

In a future where companies strive to compete for talent and, in doing so, think more strategically and intentionally about their community investment programs, the ripple effect of inspiring generosity could be profound.

This bodes well for our nation’s future. 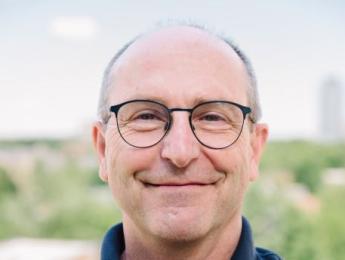 With one of the training grounds for generosity in steep decline, where will future generations of citizens be presented with opportunities for learning about the benefits of generosity?

In this blog post, we will explore recent federal trends in debt and deficit levels and investigate how this has potential to impact the charitable and nonprofit sector. 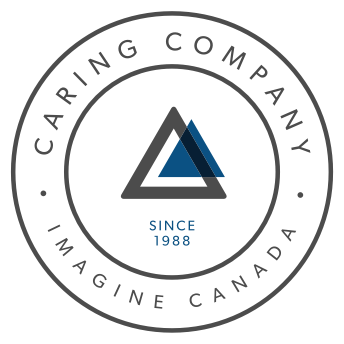